What is the school known for: Our school is a longtime organiser of Model European Parliament in North Macedonia. Our students compete in Model United Nations and in Speech and Debate competitions. Many of our top students are needs based scholarship students for whom access to private education in North Macedonia provides an opportunity to access undergraduate education opportunities all over the world. 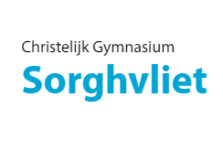 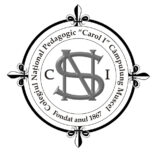 What is the school known for: Teacher training for primary and preschool education. The National Pedagogical College CAROL I celebrates 150 years of uninterrupted school activity in 2017. The history of our school is directly related to the reign of His Majesty King “Carol I”. 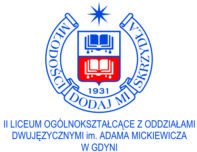 What is the school known for: Bilingual classes with French and legal classes Additional information/comments:The school is known for bilingual classes with French, which results in possibility of taking international examinations in French, exchanges and being taught by native teachers of French. We also put much attention to humanistic subjects – the school organizes and takes part in many competitions concerning art, history and social science. We frequently take part in debates organized by universities and NGOs. Our students have possibility to learn in “legal classes” (which includes legal English, lectures by Gdansk University Law Department lecturers on rudiments of law human rights, social science and history).

European School The Hague, The Netherlands

ESH was established in 2012 to educate the children of employees of European Union institutions. The school provides a multilingual and multicultural education to Early Years, Primary and Secondary school children, culminating in the European Baccalaureate. The school is part of the Rijnlands Lyceum Foundation. Last year students participated for the first time in the Moot Court in The Hague and we are very enthusiastic to be able to take part again this year. 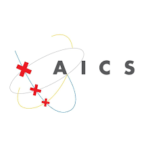 The Amsterdam International Community School is a Dutch International Primary and Secondary School offering international education in English. We have about 2000 students from 52 different nationalities. 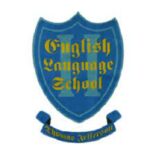 Innovative school with extensive study of EFL; STEM School; Reference School (Google) Additional information/comments:Thomas Jefferson 2ELS educates 1200 students that follow a five-year intensive course in English and a four-year intensive course in German, Spanish and Russian. We provide four subjects taught in English – Physics, Chemistry, Biology and History. The school is a certified examination centre for the Pearson Test of English (levels A1 – C2 of the CEFR). It applies an innovative approach to the organization of extracurricular activities. A large part of them is preoccupied with ICT technologies, Mathematics and Natural sciences. The school has excellent facilities to carry out interactive, electronic tuition - multimedia classrooms, interactive whiteboards and displays, natural sciences laboratories.

Our school is the first institution of its kind in Slovakia that focuses on the education of gifted children with a more specially tailored program. The school was founded in 1993 and now serves both elementary and high school level education for its over 500 students. Our school is also known for its high quality of students, which often compete and win in various competitions on the national and international level. This in turn consistently secures it a spot within our country's top 3 high schools.

The school is well knowned for its ambience and good results. The Altena College is situated in the north of Northern Brabant. It has a regional function to provide education on the level of mavo, havo and vwo.

Established in 2016, LEAF Academy (LA) is an independent, co-educational, international boarding high school for students aged 14 - 19, offering a rigorous program focused on entrepreneurship, leadership, academics and character development. LEAF Academy is a part of the LEAF organization (www.leaf.sk/en/), a Slovak NGO founded in 2012, focusing on the development of young people with the potential to grow into the shapers of Slovakia and Central America Europe. Through a variety of programs, LEAF aims to nurture a new generation of future shapers in the private and public sector sectors – people who will promote world-class excellence and strong moral values around Slovakia and beyond. 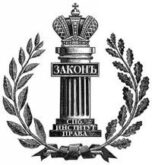 Additional information/comments:St. Petersburg Institute of Law named after Prince P.G. Oldenburgsky (former St.Petersburg Law School) was established in 1992 being one of the first private universities in Russia. The name symbolizes an idea of renewing the best traditions of the Emperor School of Jurisprudence (1835-1918), established by Prince P.G.Oldenburgsky, such as earlier law-related education, practice-oriented legal education focusing on professional ethics of lawyers.

International School of the Hague, the Netherlands

Additional information/comments:St. Petersburg Institute of Law named after Prince P.G. Oldenburgsky (former St.Petersburg Law School) was established in 1992 being one of the first private universities in Russia. The name symbolizes an idea of renewing the best traditions of the Emperor School of Jurisprudence (1835-1918), established by Prince P.G.Oldenburgsky, such as earlier law-related education, practice-oriented legal education focusing on professional ethics of lawyers.